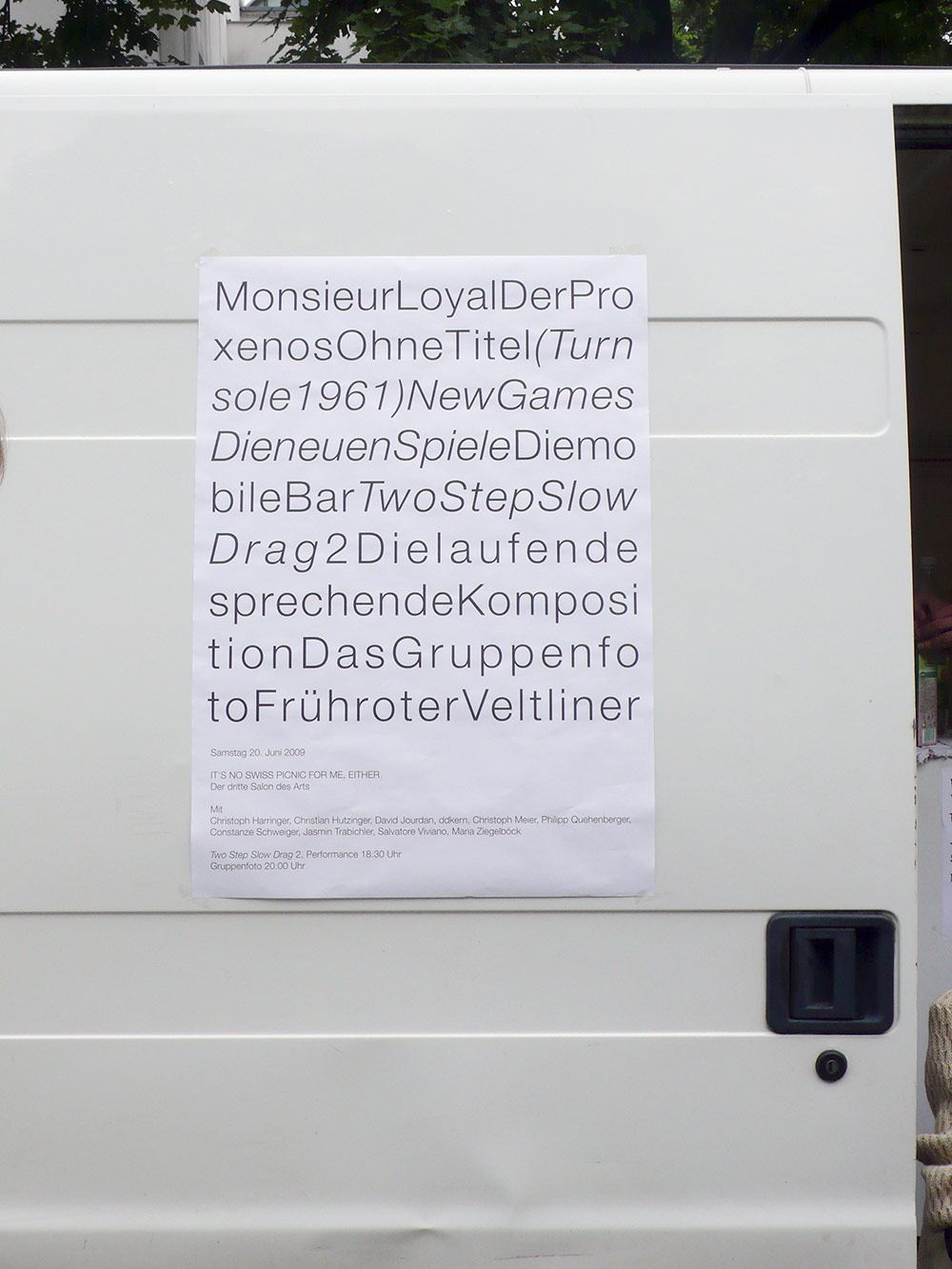 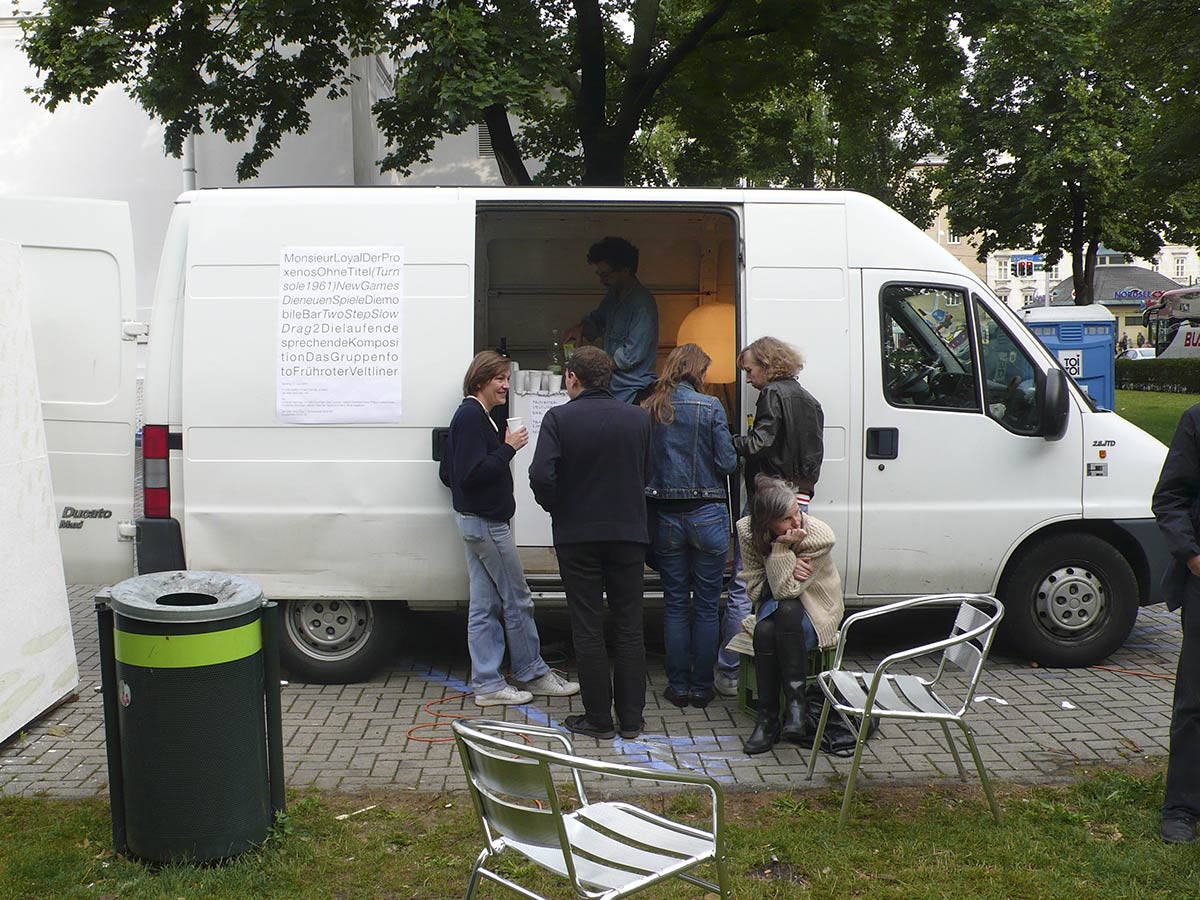 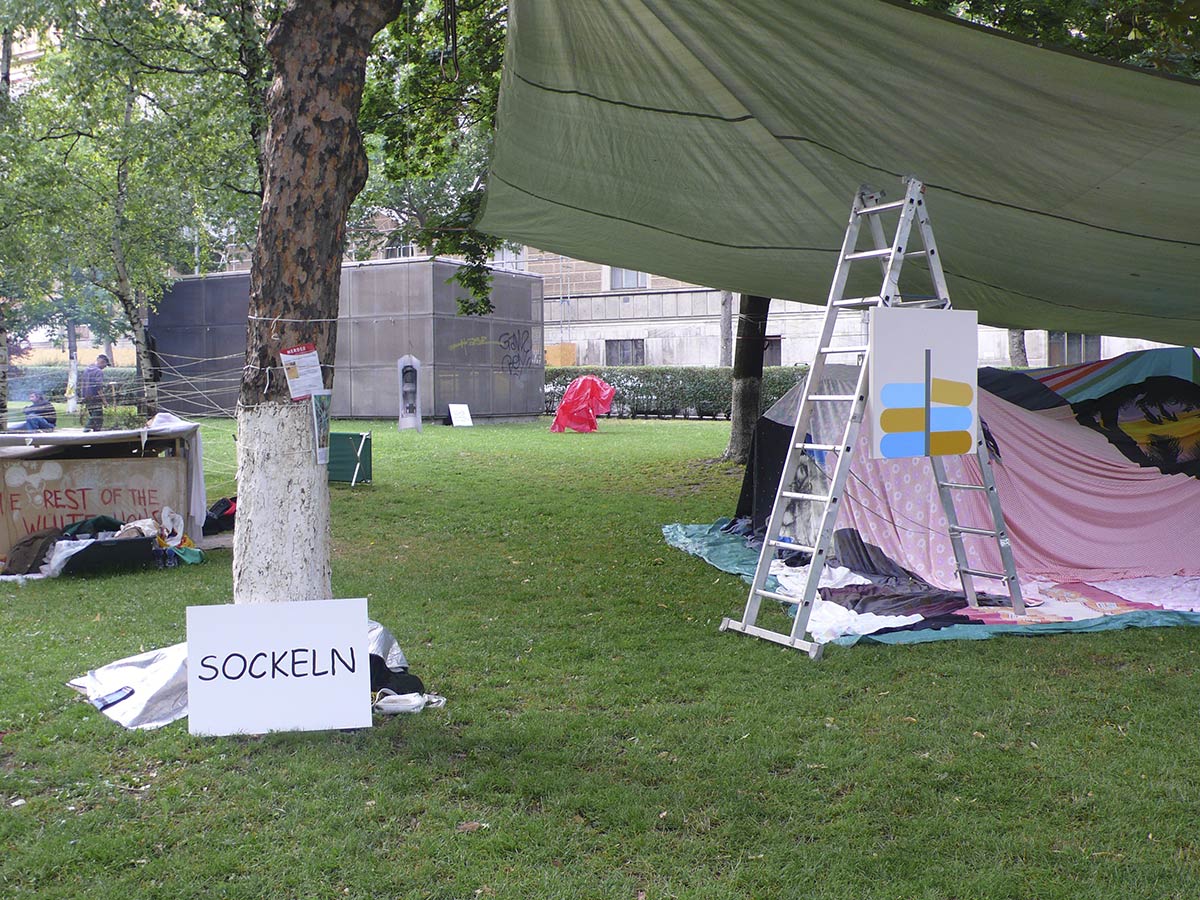 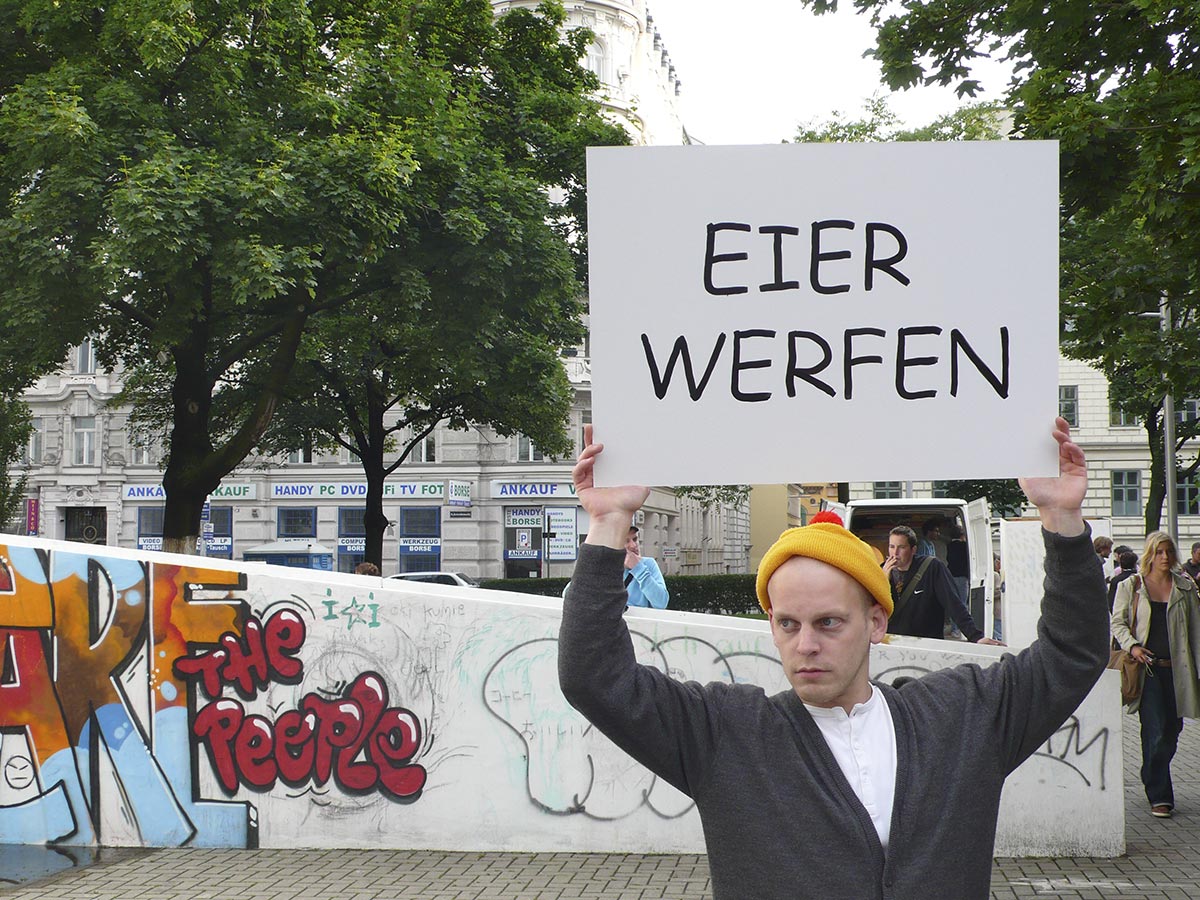 It's no Swiss picnic for me either

A series of six events was set up in the style of salon gatherings − for the exchange of ideas and to experiment with formats and objects of exhibitions. It's no Swiss picnic for me either was one of them. Produced by Schweiger for the garden of Secession, it included contributions by Christoph Harringer, Christian Hutzinger, David Jourdan, Didi Kern, Christoph Meier, Philipp Quehenberger, Constanze Schweiger, Jasmin Trabichler, Salvatore Viviano and Maria Ziegelböck. There was a bar inside a pick-up truck, a musical performance from within a textile construction, a painting based on Kenneth Noland's Turnsole (1961), a humanized abstract composition, twelve panels announcing non-competitive outdoor games from the 1960s, a book object after The New Games Book (1976) and a concluding group photograph.