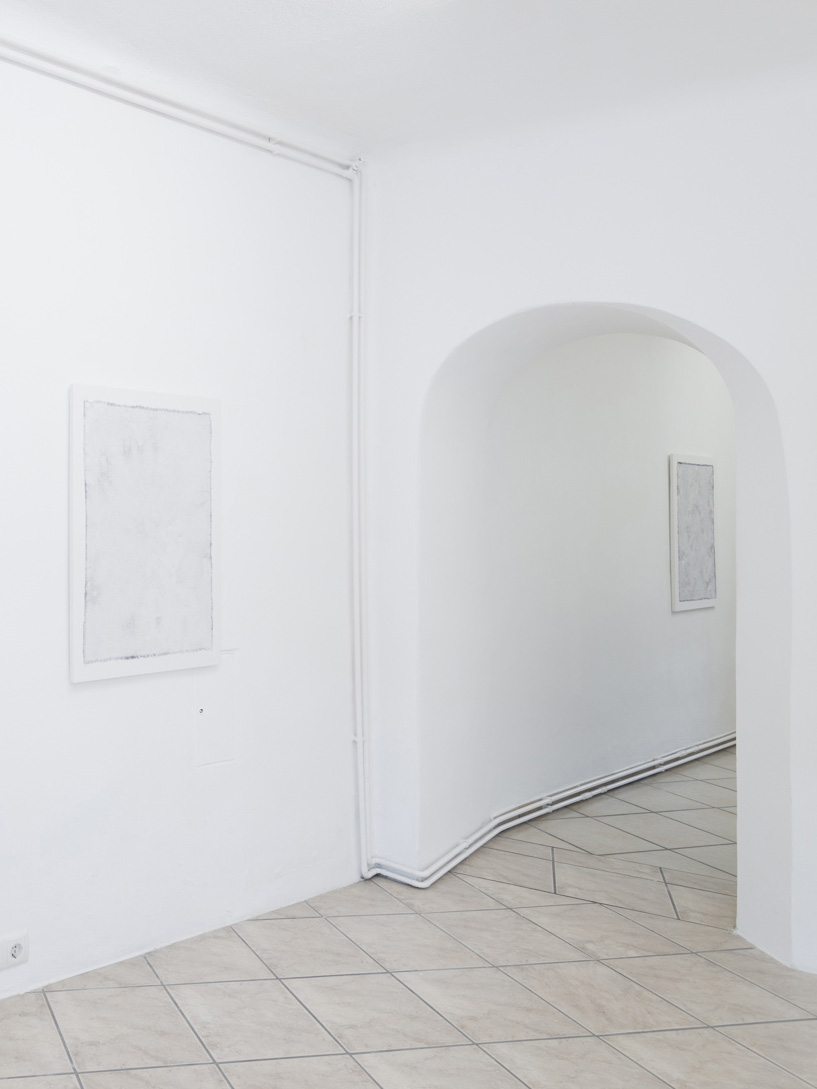 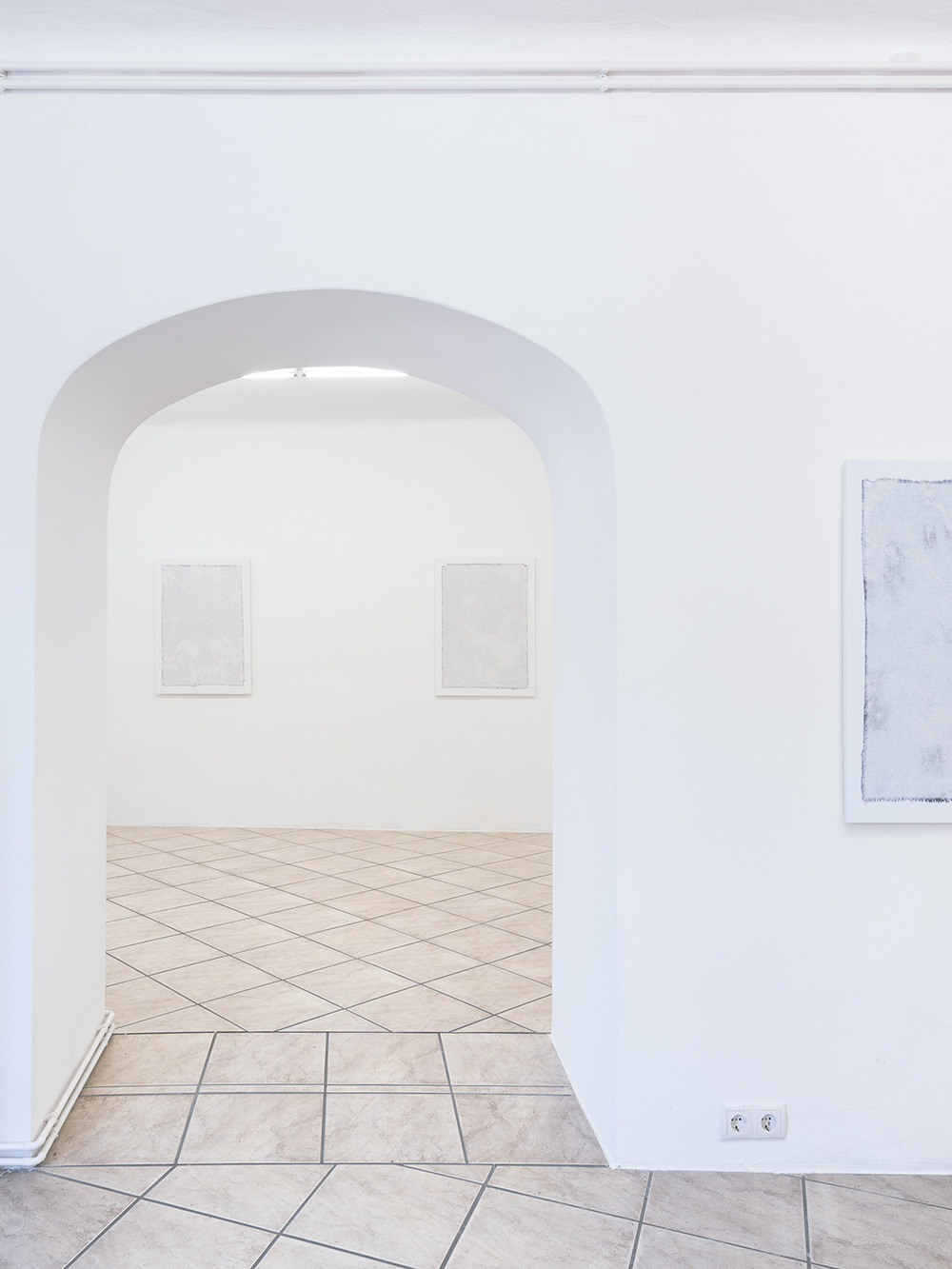 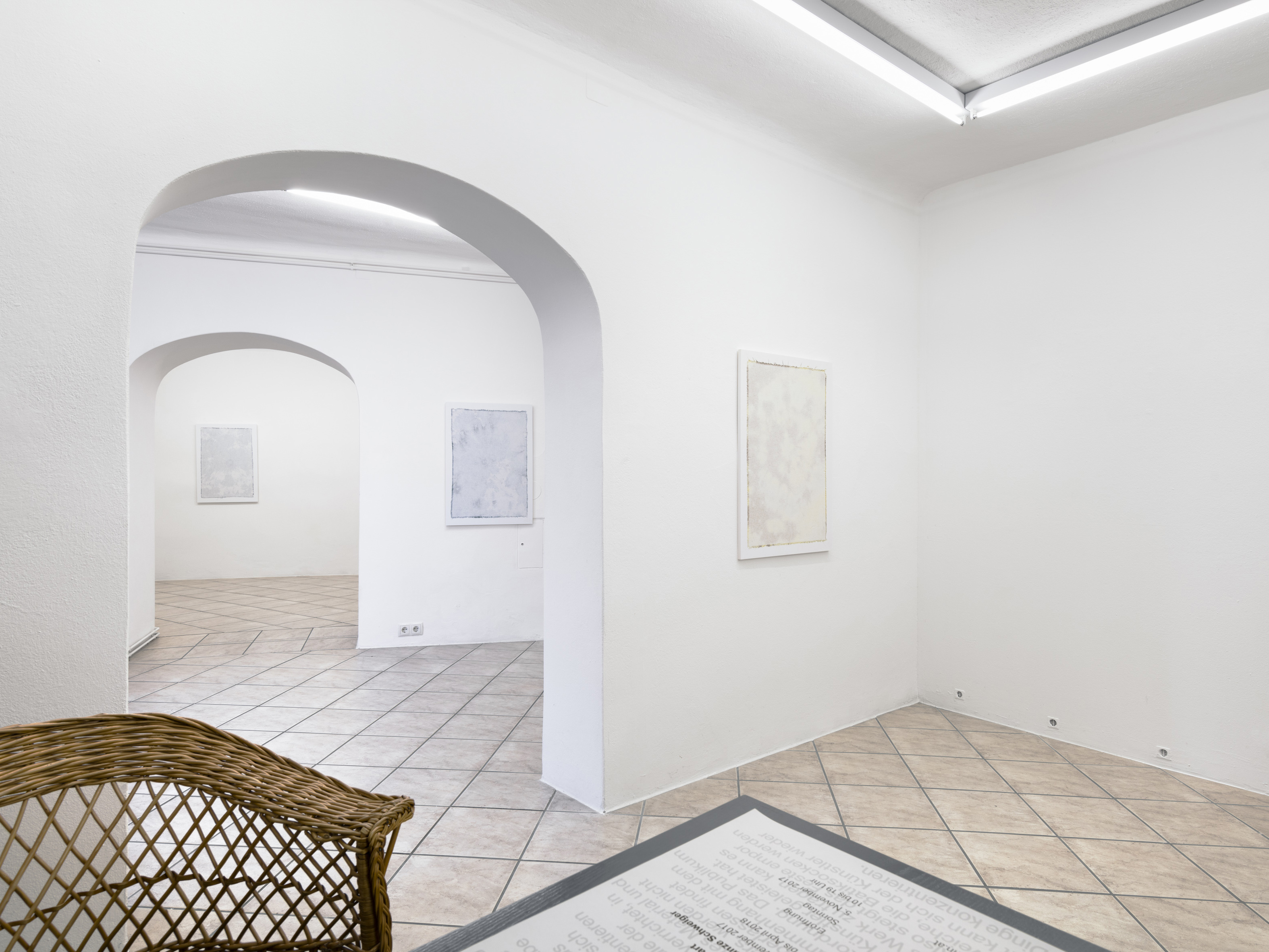 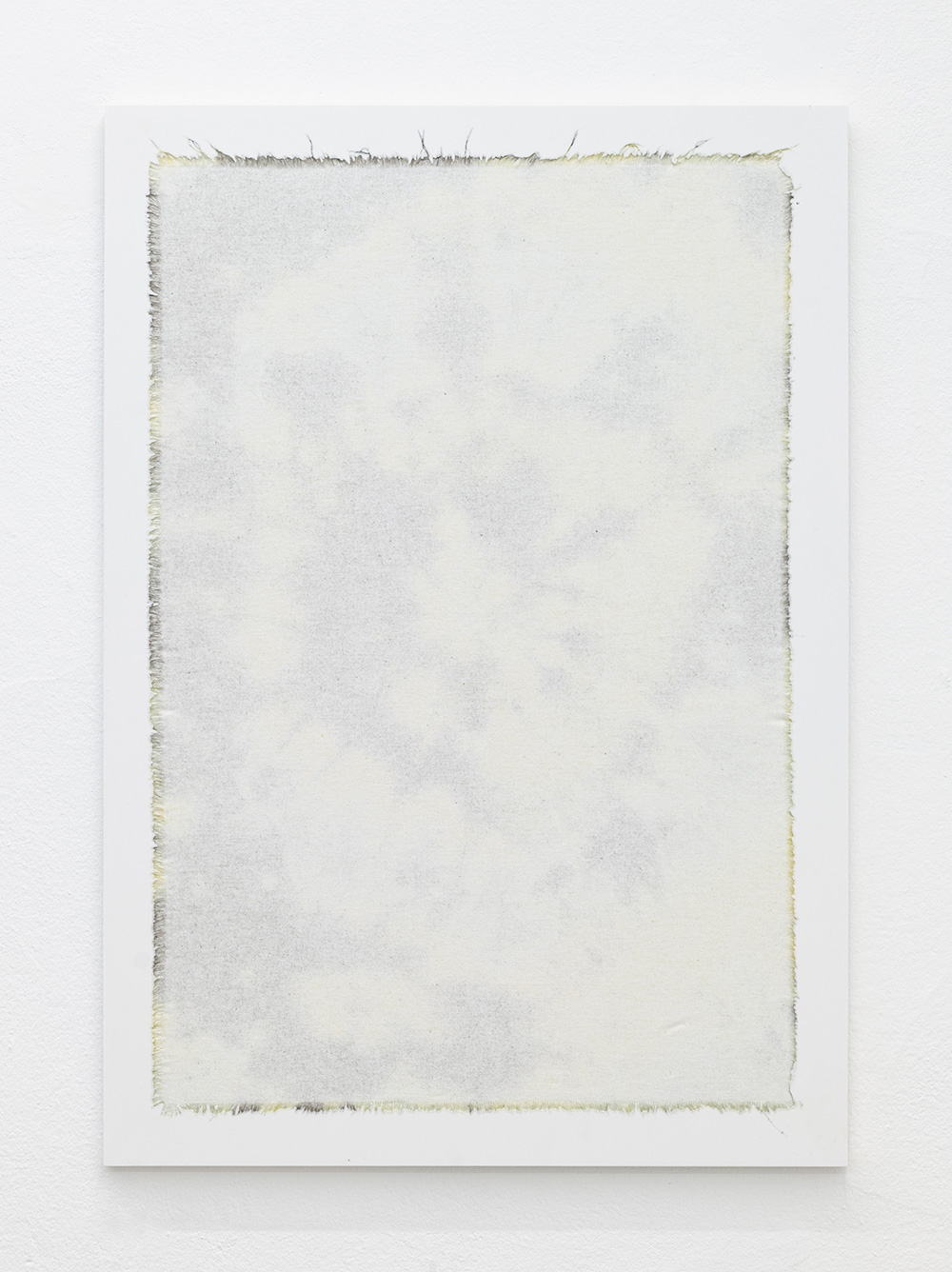 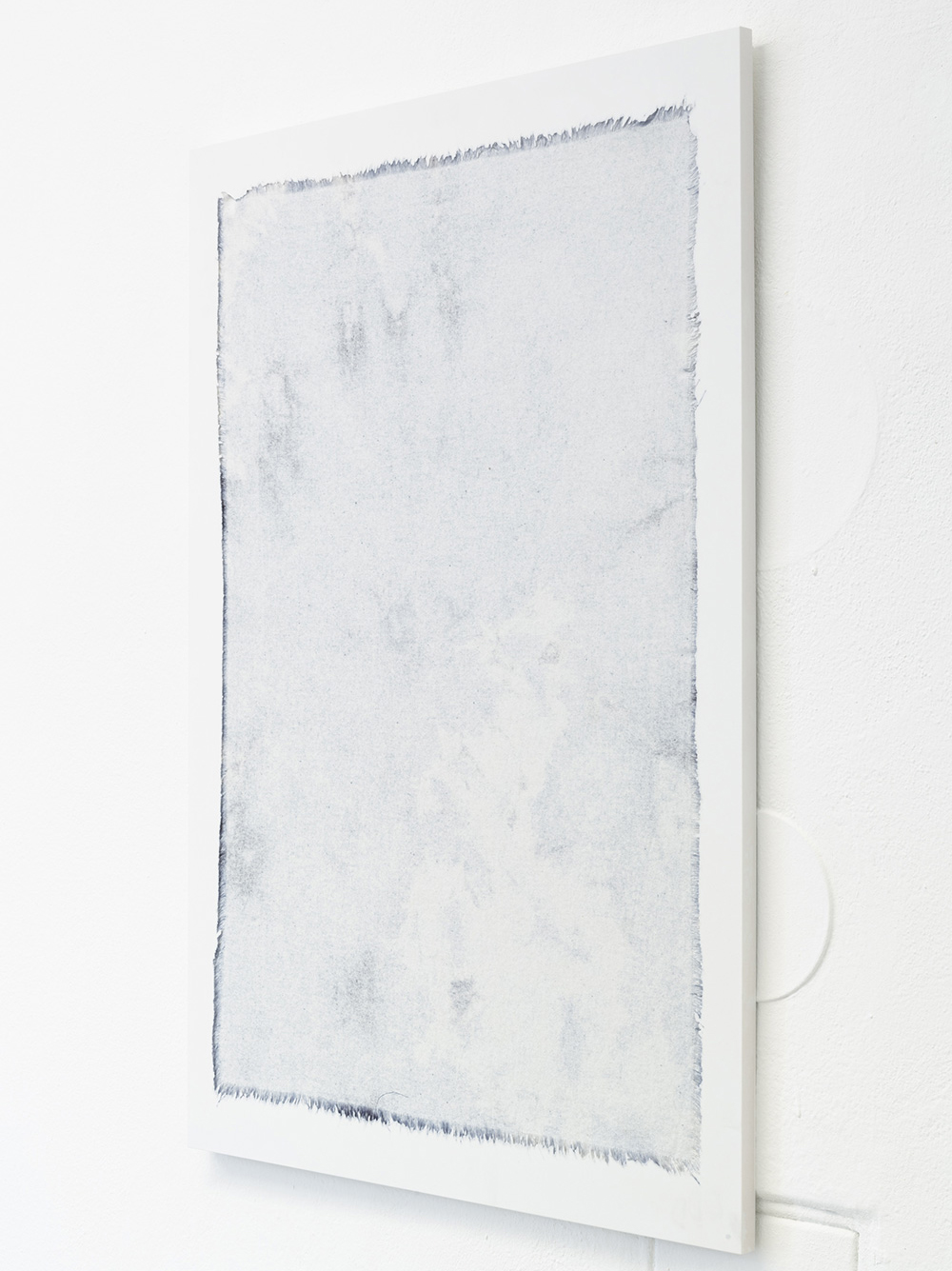 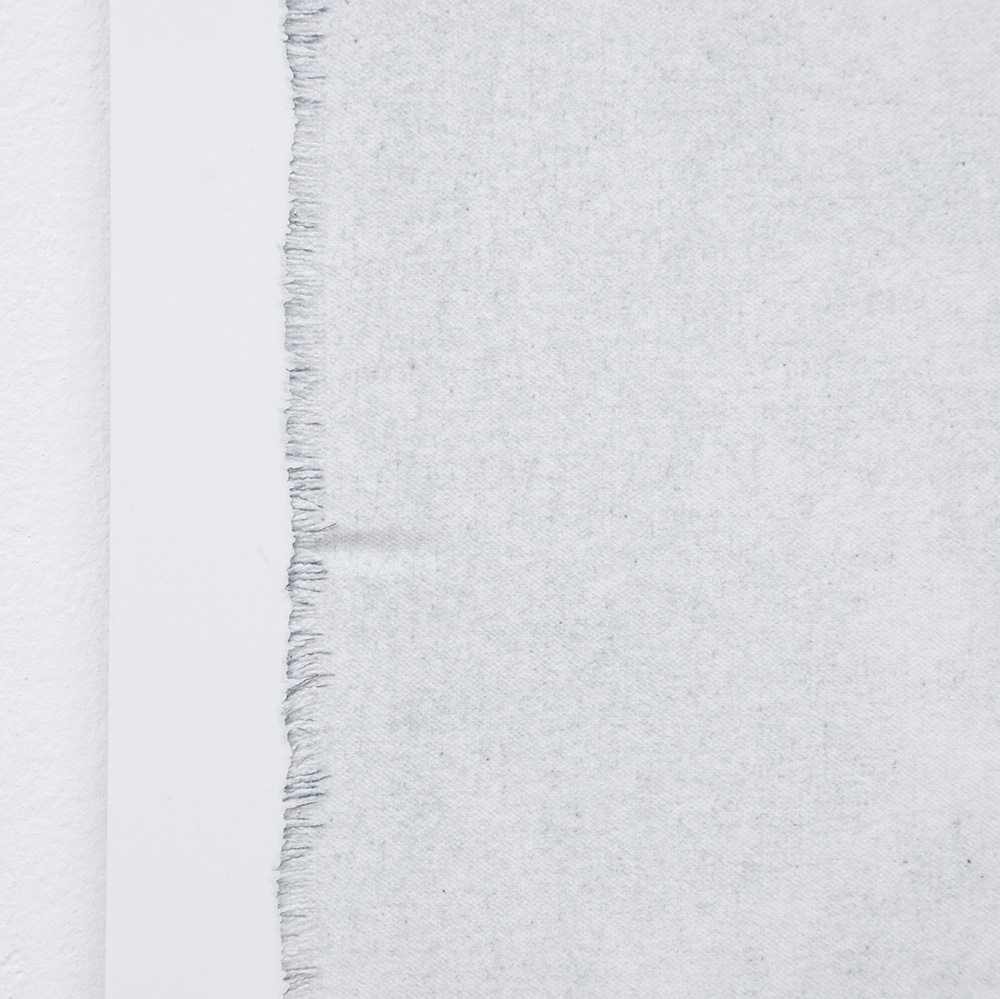 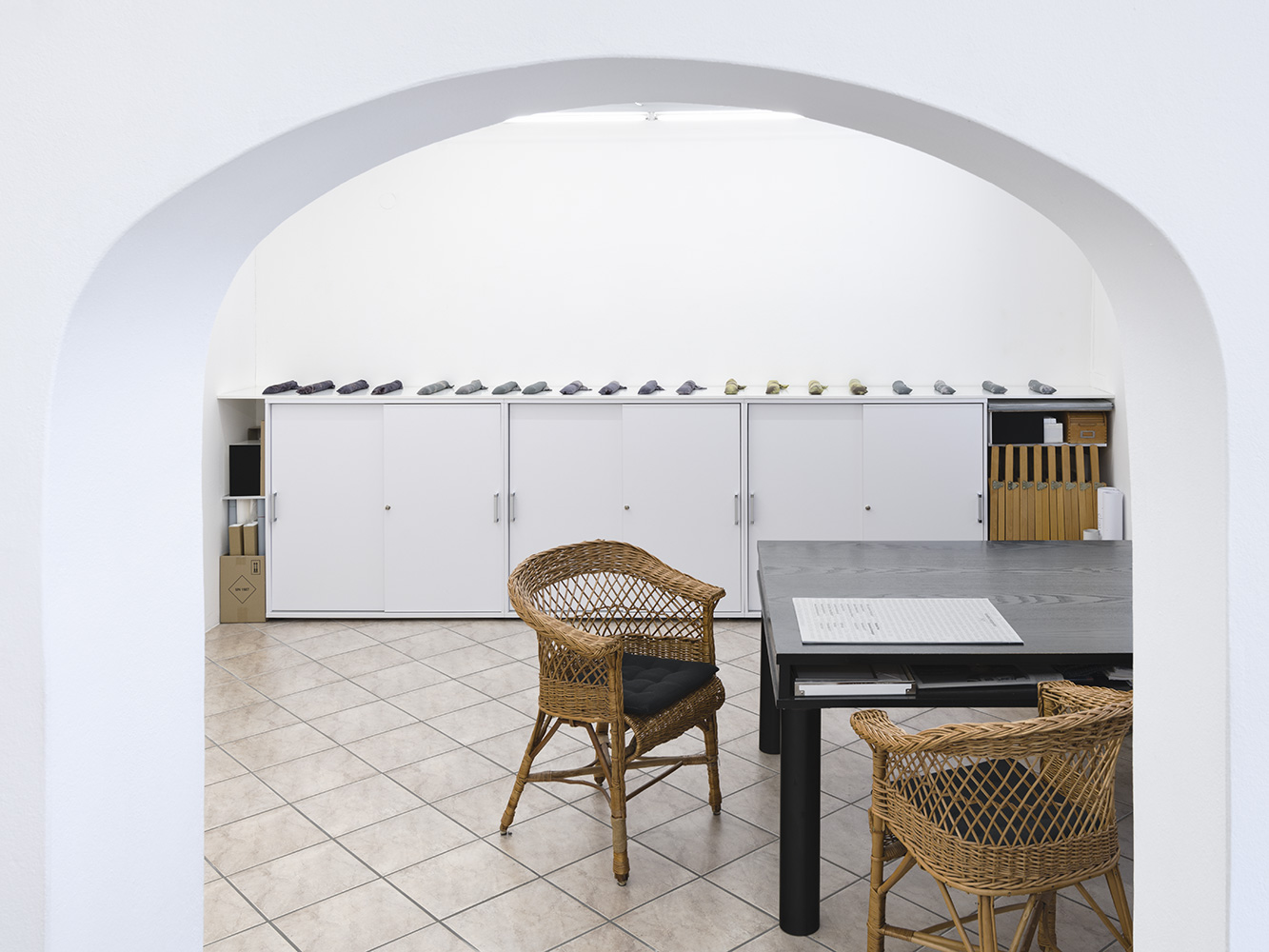 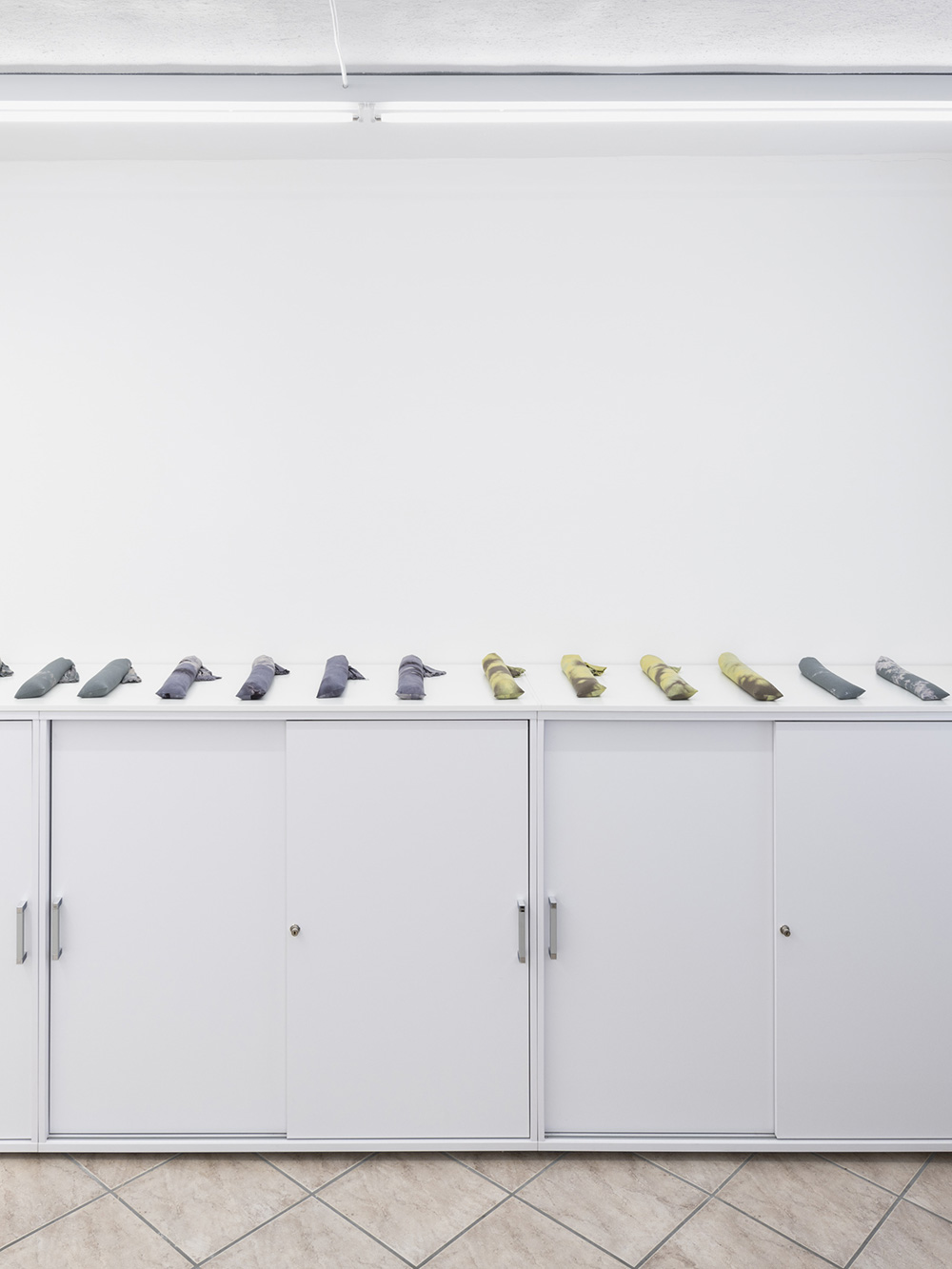 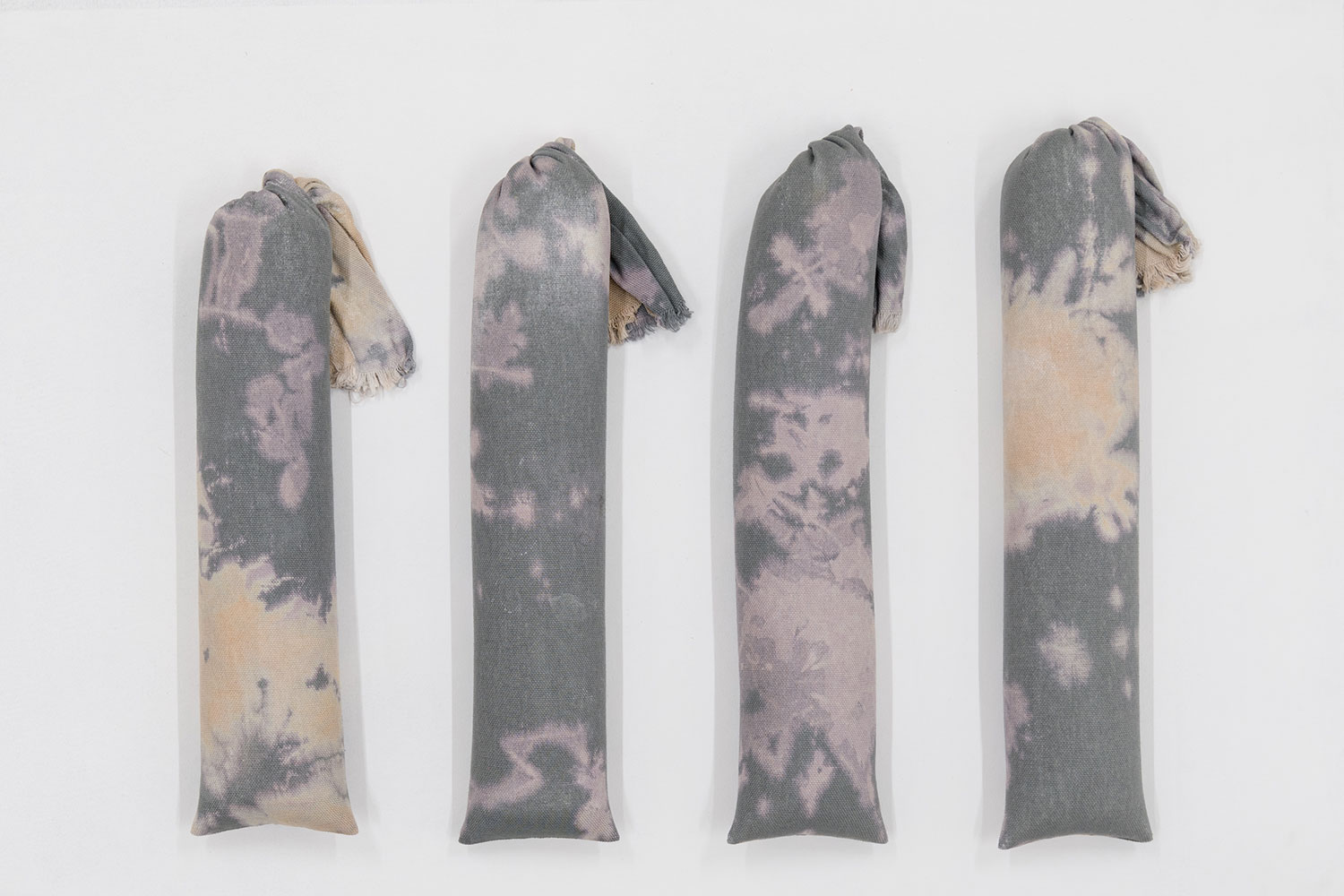 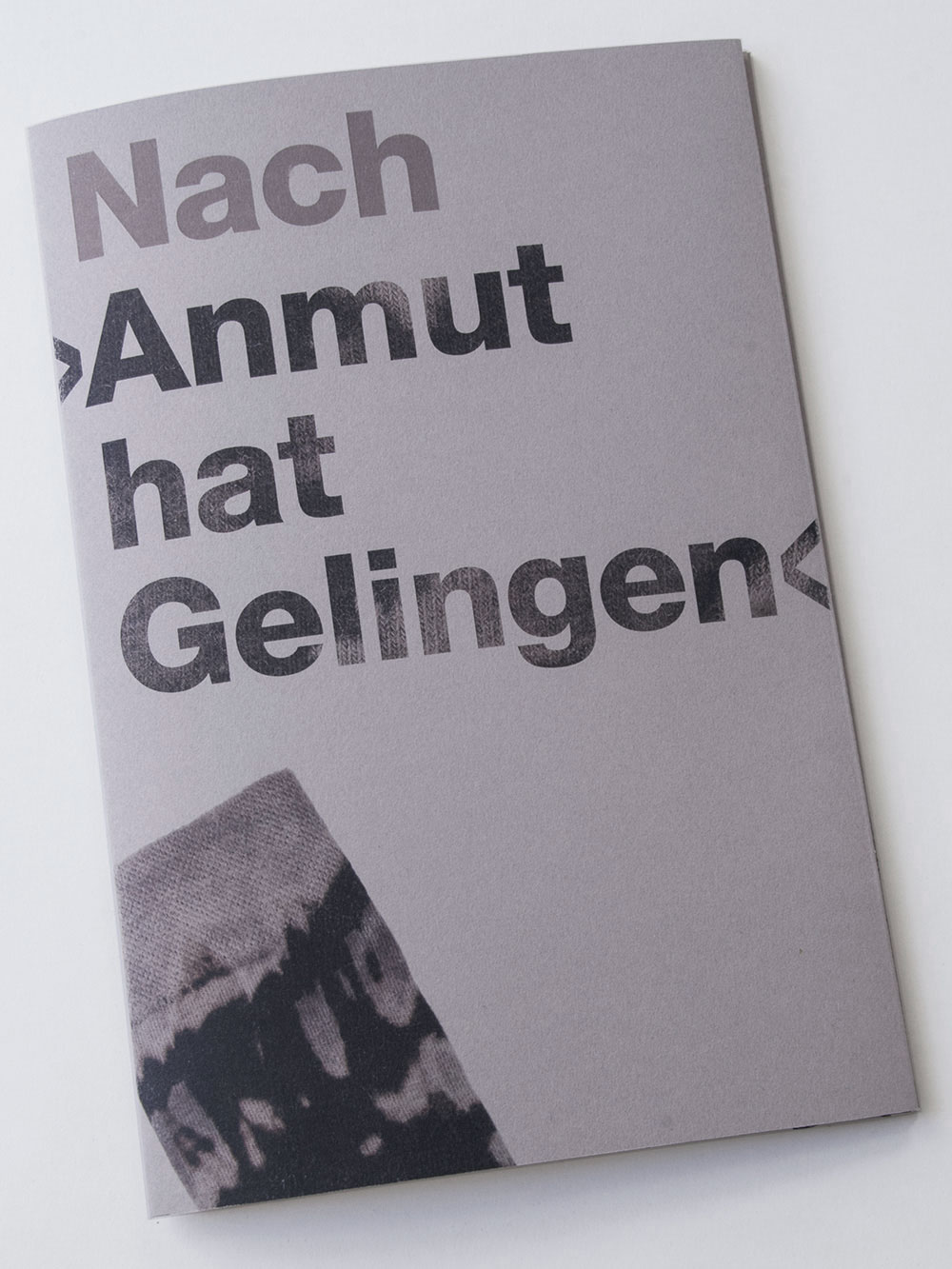 Anmut hat Gelingen (Grace has success) is a line from "Bi" (Adorning, Grace and Beauty), the 22nd Hexagram of the I Ching. In 2012 I applied this sentence to a text for Michael Part in which I tell the story of Untitled (Batik Sox). It lead to a string of interactions between Michael Part and myself. Over a few years we tweaked materials and ideas in connection to the story of the incidental ornamentation of Michael's sox via the chemicals he used to develop film. At some point we tested the effect of sodium dithionite on ready-made cotton fabrics and in the process we assembled a set of test strips. Another time we cast those test strips in porcelain plaster. Later, when we decided to transfer the fabrics from the casts into new objects, we ripped them out of the moulds. Fiber traces and the original patterns of the textiles remained in the porcelain plaster.